In 2019, the AFL Coaches Association, in partnership with Lucky Chicken Eggs, launched the Women’s Coaching Crusade, which aims to attract and upskill more women to coach at the highest level.

Part of the Women's Coaching Crusade includes the Coaching Pathway Scholarship which supports the ambitions of the AFLW players to help them realise their potential and fast-track their development to coach at the highest level.

Since the inception and growth of AFLW – and with men filling all AFLW Senior Coaching positions in 2019 – the AFL Coaches Association identified a need to take action to not only support the ambitions and aid development of women coaching in football, but to grow the numbers of women getting into coaching.

A chance meeting between AFL Coaches CEO, Mark Brayshaw and Morry Wroby, CEO of Valley Park Farm, (producer of Lucky Chicken Eggs), and a subsequent breakfast (over eggs, of course) is where the idea became reality.

Lucky Chicken Eggs, available only at Coles Supermarkets, are produced by Valley Park Farm, who have been in the egg business for over ten years.

Importantly, Lucky Chicken Eggs are the only free-range brand in Australia that has been rigorously accredited by the RSPCA’s Approved Farming Scheme. Lucky Chicken Eggs is additionally produced under standards consistent with CSIRO’s Model Code of Practice, a fact that Valley Park Farm CEO, Morry Wroby is proud of. 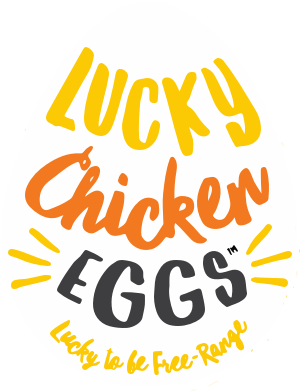